ADHD is a very common mental disorder that is usually diagnosed in childhood.

However, since this disorder does not mean that a person’s IQ is lower or higher, it also means that the person does not belong to the autistic spectrum.

Which means that a person dealing with ADHD simply does things differently than others, without it meaning they have a lower or higher IQ.

Still, the strange things and difficulties they experience related to this disorder can make them feel very alienated and strange at times;

These difficulties can be so subtle, but still drastic, that they are not noticed by others.

With the result that a person is never diagnosed with ADHD and feels strange forever.

Similar to how a person with anxiety would feel if their condition were not noticed.

Therefore, we must be aware of it in order to overcome and accept it.

However, ADHD is not something we can overcome, but it is certainly something we live with and that we can use to our own advantage.

So if you feel like you might be affected by ADHD, it’s important that a psychology specialist makes a diagnosis for you before you come to the conclusion that this is actually the case.

After all, ADHD is not something that makes life easier in any way.

Rather, these people learn things harder, leading to setbacks and adversity.

But this also means that they have developed impressive resilience because they have experienced more setbacks than others.

Some things that only people with ADHD can understand

A person with ADHD may not feel any different as long as the instructions for a particular activity are precise and clear.

It is even the case that these people show a lot of creativity and artistic skills even as children, because there are no rules in art.

But where they actually feel out of place is where rules have to be followed.

Thus, these children will fail in dancing, acting, learning and processing new information.

Some of the most common but banal things regarding this disorder are, for example, that a person cannot distinguish between right and left, an analog clock cannot read, that it is difficult for him

This then leads to general learning difficulties as they have a hard time concentrating and they tend to avoid things that don’t interest them.

In addition, they have a poor sense of time, can hardly organize, are always late and forget things, such as buying bread on the way home.B.

As a result, others think they are less intelligent, immature, and even careless.

But that’s not the case, because ADHD has no effect on a person’s IQ.

Some of the most famous personalities out there had/have had it too, such as.B.:

It is impressive how they have managed to become so good at things for which they were actually predestined to fail.

Which also has a lot to do with the positive aspects of ADHD:

So ADHD can be very difficult, but that doesn’t mean you can’t do a lot of work;

But quite the opposite.

Because it offers a different approach to things, which sometimes proves to be no less efficient than the “normal” one.

Since people with ADHD in certain tasks that seem simple to others, SchwieThey feel less self-confident and intelligent;

Because some things they don’t understand are related to their disorder rather than their intelligence.

A person diagnosed with ADHD does not have a lower IQ, nor does he belong to the autistic spectrum.

Rather, they have an average or above-average IQ due to their genetic predisposition.

Nevertheless, they often perform poorly at school because even simple tasks seem so complex to them until they become aware of their disorder.

Later, these problems can translate into low self-esteem when you make an appointment, drive a car, start a new job or the like.

2. An average or above-average IQ

In fact, those born with ADHD don’t really have a lower IQ, but they may well have a higher one.

However, they have difficulty with certain things that are easier for others to deal with.

This can involve both memorizing simple sentences and average things like learning to drive.

However, the sum of their deficits such as low concentration, poor multitasking, slow reaction and dwell time, and the inability to recognize certain patterns makes things even more difficult for them.

That’s why a person with ADHD should never be so themselves, because things are actually more difficult for them because of their disorder.

However, the main advantage of this disorder is that they are more persistent in their goals, which often leads to above-average success compared to a person who does not suffer from ADHD.

3. A susceptibility to accidents

A person suffering from ADHD may be experienced as clumsy, forgetful, and prone to accidents.

In addition, they often have difficulty reading instructions and do not appear on time at important events;

They may even be late for work every morning.

However, that’s not something that makes them less intelligent, it’s just the way they do things and respond to responsibilities and rules.

These deficits can also be compensated for by increasingly exposing oneself to activities that require discipline and effort.

As often mentioned, ADHD is a disorder that impairs the ability to learn and also shapes it in other ways.

Similar to dyslexia or other disorders, this means that a person is not born with special needs, but needs more time and effort overall to learn certain things.

For example, they need 5 hours longer to learn something that someone else learns in 2 hours;

But when they get into hyperfocus, they can learn incredibly complex things at an above-average speed.

However, it takes hours and hours to put yourself in this hyperfocus while learning at below-average speed and concentration.

However, once you reach this hyperfocus, amazing things can be done.

In people who suffer from ADHD, the disorder also affects their personal relationships and their search for a partner;

Because their tendency to be forgetful and to be able to do certain things “less well” makes them seem less mature.

As a result, they are judged by their partners because they find everyday things difficult.

Which leads to a lot of nervousness in her life, but also to depression.

Because they are constantly plagued by the consequences of their disorder.

Which also makes them feel misunderstood and strange compared to other people.

The last symptom that many adults with ADHD are unaware of is the propensity for depressive and even suicidal thoughts.

Since all the listed problems and symptoms taken together can have a pretty big impact on a person’s life and ability to be functional.

An adult with ADHD lives in such a way that while intelligent, he feels stupid and insecure.

He has great difficulty performing simple tasks and learning new things he needs for his progress.

All of this affects his personal relationships, career, mental health, and overall quality of life.

Therefore, it is not surprising that an adult with ADHD will eventually feel that life is too much and falls into suicidal thoughts. 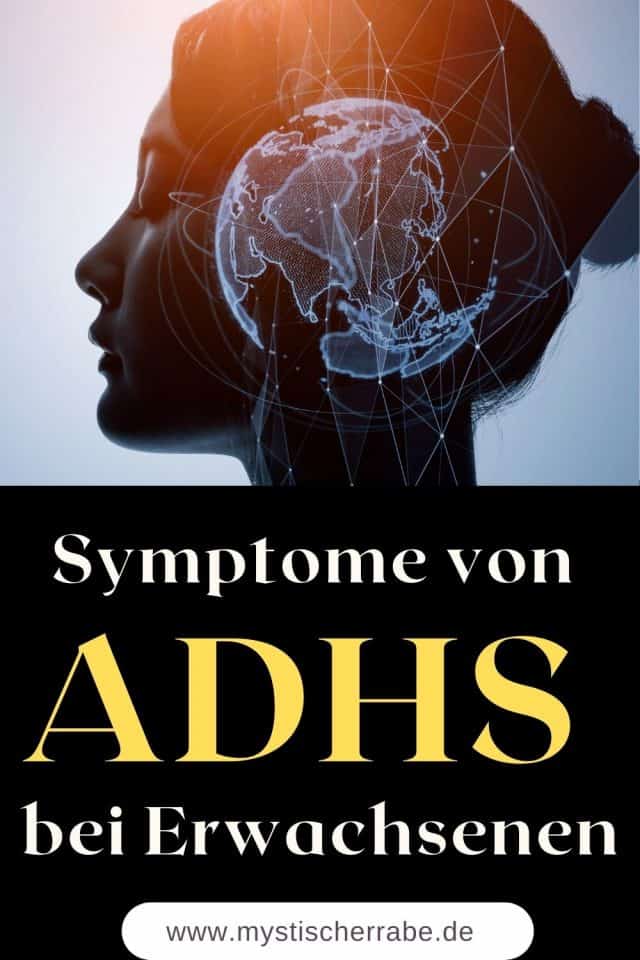