We all know that dogs can perceive many things that we cannot perceive. Are ghosts one of them? In this article, we try to answer the famous question: “Can dogs see ghosts?”.

Our dog friends are loyal, gentle and all around amazing beings. But it is their ghostly behavior that distinguishes them from all other family members: they howl at the moon, stare into the void, become loud for no apparent reason, or run out of the room as if they were chasing an invisible enemy.

While there are people who believe in the paranormal, have you ever wondered if your dog is able to see the ghosts? After all, dogs have extraordinary senses that are much sharper than those of humans.

And wouldn’t it be comforting to know that your dog is able to track down a loved one who has left us?

As much as we’d like to believe that there’s some truth to the idea that dogs can perceive the paranormal, the scientific answer is that we just don’t know.

Although there is no scientific evidence that dogs can see ghosts, so much in animal behavior is uncertain that the possibility of a dog perceiving something a human cannot perceive is not beyond question.

So can dogs see ghosts? 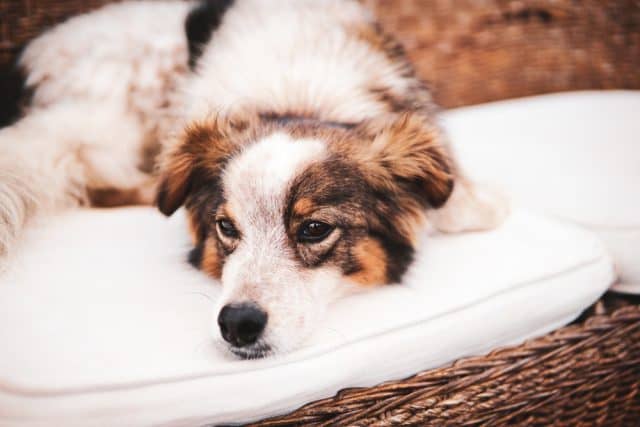 A family moves into a new house. Strange things begin to happen in the house. People don’t notice the strange occurrences yet, but their beloved puppy tries to alert them by barking or growling that something sinister is going on. Spoiler alert: The house is haunted, and it’s time to disappear!

Is this just a horror film trope, or is there some truth to these events? So is it possible that our four-legged companions can also see or feel the supernatural?

Certain behaviors suggest that they may perceive paranormal activities and spirits. Even though many people say they’ve seen evidence of this, there are no scientific studies yet to prove it.

Although there is a lack of scientific evidence for dogs and ghosts, there are plausible explanations for these particular behaviors.

Other possible reasons could be due to their incredible senses. It is quite possible that they heard, for example, neighbors walking on the sidewalk and talking, seeing a brief reflection of car headlights, or noticing the smell of a cute animal in the backyard. Or maybe your puppy senses you’re feeling scared and can’t help but feel the same thing!

The answer to the question of whether dogs can see ghosts or not is still pending. Scientifically, we have no evidence of the existence of spirits.

As for the senses of dogs, there are still many things to discover. But anecdotally, many people seem to have already found the answer.

From barking at something that’s not there, to being close to a deceased family member’s favorite spot, to accurately predicting disasters, there’s a number of evidence dog lovers have gathered to prove that dogs’ superpowers are real.

If you don’t want to make big leaps of faith, there are a few simpler explanations for strange behaviors of dogs. 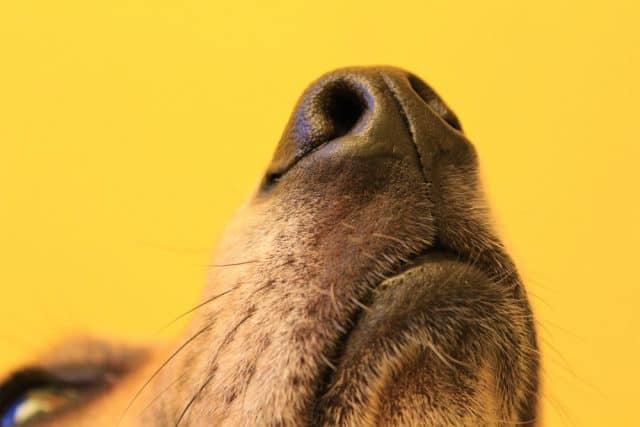 Dogs can perceive many sounds and smells that we are not even aware of. Even the vibrations of a passing truck can be perceived by dogs long before we can see the vehicle.

Dogs can also be startled by tiny creatures like a bug.

We can easily overlook him and think he is fighting an invisible ghost.

You can also smell another dog or other animals, even if they are outside our direct line of sight.

So instead of assuming that dogs see ghosts, chances are they’re just another living thing we haven’t noticed yet. 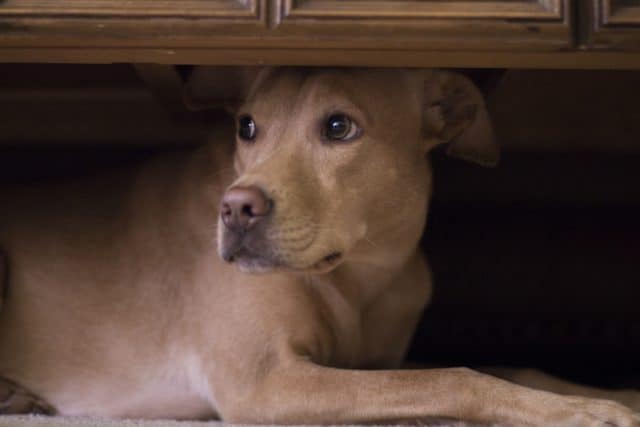 The belief that dogs can feel natural disasters before they occur is not new. But modern science has allowed us to understand what exactly causes dogs to be the first to be the first to escape an impending earthquake, tsunami, or tornado.ahren.

It turns out that they are able to detect the air pressure, a sign that the weather will soon change.

Some professionals also believe that dogs’ increased sense of hearing allows them to hear seismic activity underground seconds in advance, which could cause them to bark and behave frenetic as if they were seeing a ghost.

Signs of a serious health problem 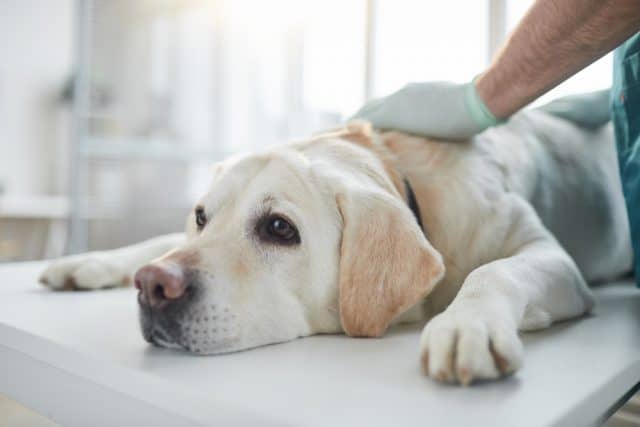 Unfortunately, there is also another explanation for why we have the impression that dogs can see ghosts.

Restlessness or increased wandering can be signs of a disease called cognitive dysfunction syndrome in dogs, which usually affects older dogs.

In addition, if you notice sleep disturbances or confusion, you should definitely have these symptoms clarified by a veterinarian to rule out a disease.

Although the answer to the question “can dogs see ghosts” is a disappointing “probably not,” dogs are amazing companions, intelligent, loyal, and have abilities that often surpass anything we can do.

Here you will find even more amazing facts about dogs that are sure to impress you.

How the senses of dogs differ from those of humans 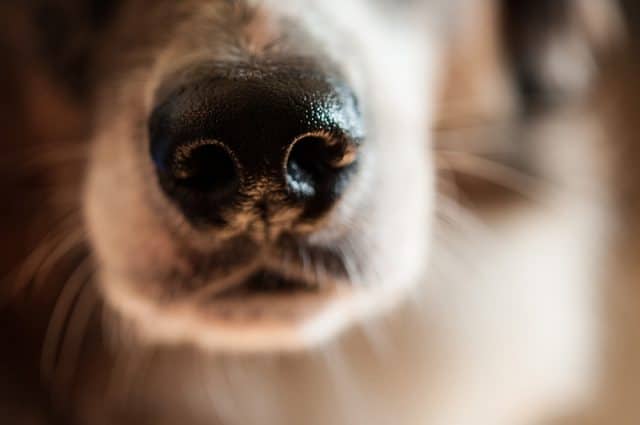 They hear about four times as well as we do and smell up to 10,000 times better than we humans.

Dogs are also experts in recognizing energy shifts in their human family members and are wonderful at deciphering our various emotions.

Many dogs have such keen senses that they can even sniff out cancer or predict when a seizure is imminent. 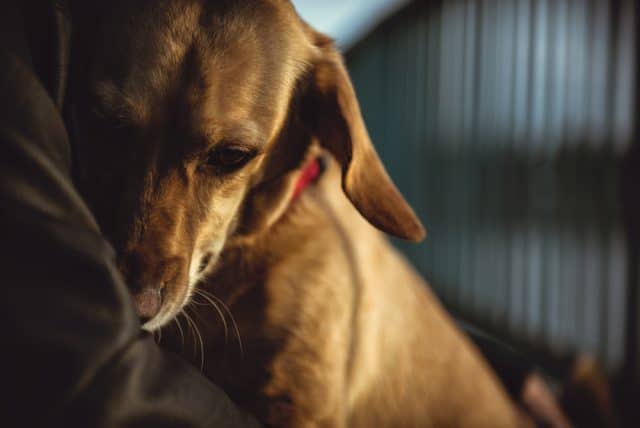 In addition to the five senses (sight, smell, taste, touch, hearing), dogs also have a sixth sense – the “gut feeling” we have when something doesn’t seem right to us.

The difference is that dogs are more willing to trust their feelings and act accordingly, while most people’s minds analyze what’s going on and deny the possibility of the existence of aurora or ghosts.

If a dog runs and sits at the door to wait for its owner, this behavior could be a habit learned simply by repetition.

However, if the owner comes home much earlier than usual and the dog is still sitting at the door minutes after his arrival, this inexplicable behavior could appear as his sixth sense. 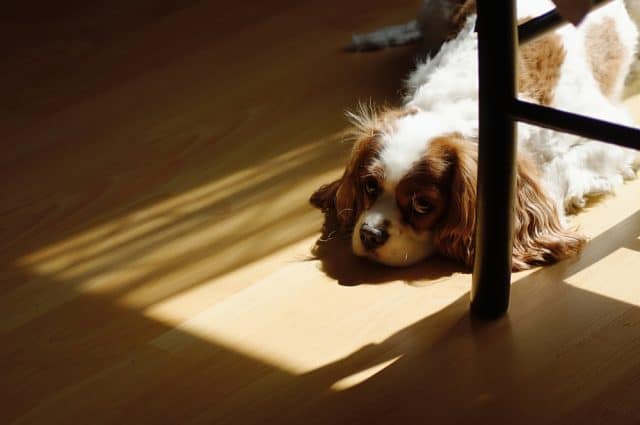 Dogs’ hearing also surpasses that of humans, and dogs are able to hear higher sounds from a greater distance.

The hearing perception of dogs is another area in which they perceive the world around them very differently than we humans.

These differences could be related to their ability to detect different and imperceptible phenomena that we do not perceive.

A dog’s field of view is much larger than ours; it can see objects at a greater distance, and its ability to see at dusk is far superior to ours, allowing it to perceive certain movements that are not visible to the human eye.

It could well be that the dog perceives something that we cannot see. But what he perceives may not be Casper the kind spirit.

Dogs are amazing furry creatures. They can do many things that we humans are not capable of. This makes them all the more fascinating and endearing.

This includes seeing things we can’t see, thanks to their great peripheral vision and night vision.

Does this mean that they see ghosts or ghosts? You have to decide for yourself.

There is a lot of evidence that dogs have better senses than humans, and it’s possible that they can see and perceive things we can’t see.

Compared to humans, dogs have much better vision and a better sense of smell.

They are also able to hear frequencies that people cannot hear. The idea that dogs DBeing able to see inge that people can’t see is probably just a myth, although it’s possible that they could track down ghosts or ghosts if they were there.

Their senses are highly developed, and it is obvious that they perceive the world in a very different way than we do.

Whether their extraordinary senses are able to detect unknown forms, energies or the paranormal remains a mystery.