Whether it’s about the future or the past, the fortune teller hopes that the crystal ball will help him find the right answers.

The crystal balls can come in different sizes, but most often the one that has the size of a melon is needed.

The crystal balls can be made of different materials.

They can also be made of stone, but the stone from which the crystal ball is made should be flawless and highly polished so that the stone has something like a mirror effect.

Most often they are made of glass, but also of various crystals such as quartz, amethyst, basalt…

All crystal balls should be polished to a high gloss, stand on a stand – only such a ball can be used by the fortune tellers.

Where does the crystal ball come from and how long has it existed?

The crystal ball was already used in the first century and its popularity changed over the years.

The crystal ball is still needed and has not been forgotten.

Even today, many people ask the media and fortune tellers for help.

You also get the help; you just have to believe in it.

Crystal balls in the Roman Empire 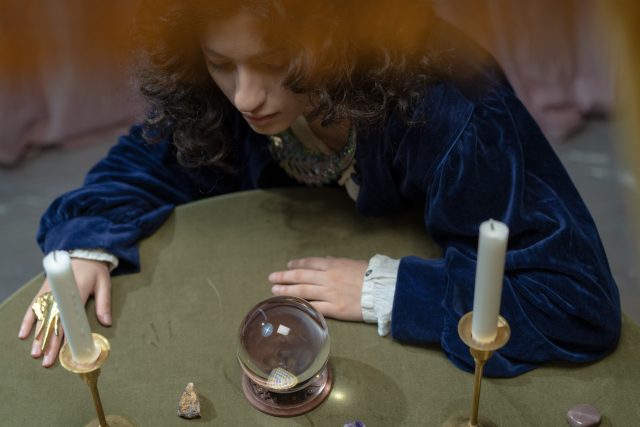 The first written mention of the crystal ball comes from Plinus the Elder, a Roman scholar.

In his book, he described the use of the crystal ball when he watched a fortune teller at work.

At that time, Pliny called the balls as Crystallum orbis and later it is referred to as Orbuculum called.

The Romans loved looking at the crystal ball and the balls were very widespread and used, but this kind of fortune telling was not accepted by the Catholic Church.

Fortune telling and crystal ball magic are forbidden in the Bible.

That is why the Church wanted people to abide by the words of God and not believe in magic.

“For these alien peoples, whose land you take over,
listen to fortune tellers and magicians.
But the Lord your God has forbidden you to do so.”

Druids and the Crystal Ball 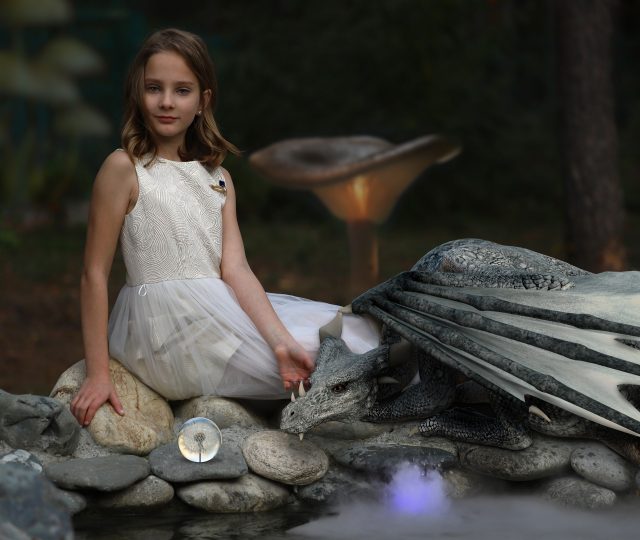 The druids used the crystal ball between the third and fifth centuries AD.

They have also used other polishing and reflective objects to see the future.

After Britain was conquered by the Romans, druids were expelled from the country or murdered, so the use of the crystal ball disappeared for a certain time. 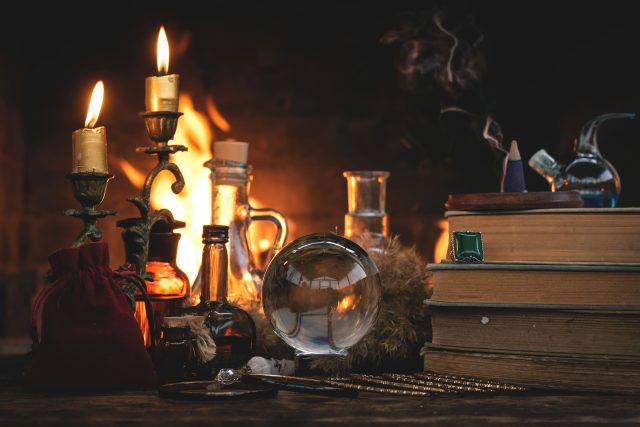 From the 5th to the 15th century, the crystal ball was not used much.

In those times, there were only a few who practiced this type of divination, so the sphere was used only as a decorative object in the houses.

There are some legends that say that also Merlin used the crystal ball to predict something.

In England and Europe, the crystal ball was used because of John Dee, an advisor to Queen Elizabeth I, popular.

As an alchemist and philosopher of nature, he believed that with the help of his obsidian crystal ball, he could communicate with the angels and demons.

With the Queen’s permission, he could then legitimately use the crystal ball.

With his help, the use of the crystal ball has spread and has become popular again.

Because England was not Catholic, the Catholic Church in the country of John Dee not calling the shots.

From the East came to Europe a book called Picatrix and it became very popular after a short time.

The plot of this book was astrology, occultism and also reading the future from the crystal ball.

Through this book, crystal balls became legitimate tools to see into the future.

When the gypsies came from India to Europe and thus brought with them their tradition of fortune telling, the crystal ball was already popular with the Europeans.r.

The people of Europe were no strangers to the crystal ball and they desperately wanted the gypsies to read the future out of their minds.

Crystal balls in the 19th century and in the present 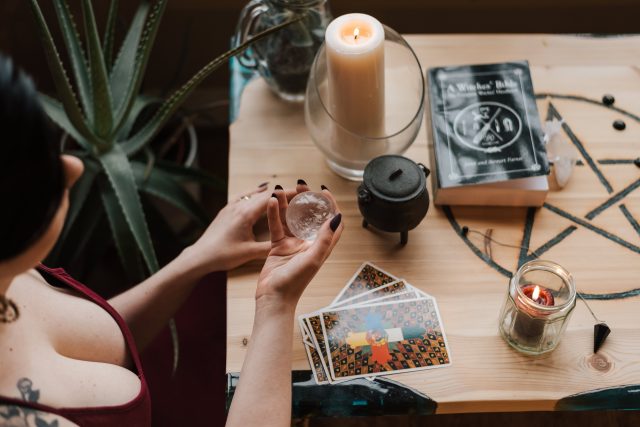 The occult and fortune-telling became very popular in the Victorian era.

The crystal balls were the most popular fortune-telling tool of the 19th century, and it was said that when the sun is at the northernmost point of its declination, one should look into the crystal ball, where one sees an approaching nebula, and then one can experience a vision of the future.

They took to the stage and the audience asked them the questions about the future, love and everything that depressed them.

The showmen invested a lot of money in their appearance to make them look as mystical as possible: they wore flowing robes, turbans and accessories associated with magic.

One of the most famous crystal ball seers of the 20th century was Jeane Dixon, which predicted Kennedy’s death.

Later she was an advisor to Richard Nixon and Nancy Reagan.

Even in the present, the crystal balls are very widespread, popular and are used by clairvoyants and fortune tellers.

They also use the media that connect with the deceased.

In the present, the crystal ball became popular through Harry Potter, because everything magical became modern again and has since had a large audience. 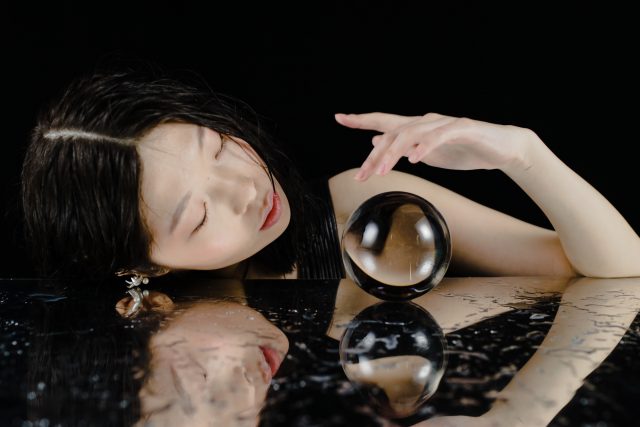 In clairvoyance, one looks into an object such as glass, crystal, water, reflecting stones or fire in the hope of having meaningful visions.

With crystallomiecy, you should fall into something like a trance.

In such a state, you get visions that appear by themselves and give us answers or even ask the right questions.

If you think of the fairy tale Snow White and the Seven Dwarfs think, then you remember the evil stepmother who could see in the mirror the present that happened somewhere else.

Some clairvoyants also say that if they look into the crystal ball in the right state, it is possible to see the present that is going on elsewhere.

Others claim that visions of the future can arise in the crystal ball, give them insights into secret things and with the help of the sphere they have the insight into other dimensions and invisible spheres.

Some psychics say that the crystal ball only helps them relax their mental state and they fall more easily into trans where they have visions or insights into the things they want to know.

The most effective way to use the crystal ball 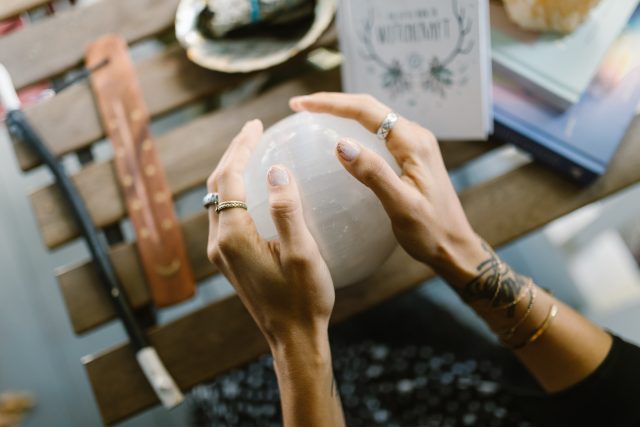 According to modern fortune tellers, the crystal ball can give direct information about the future.

The ball can give us a lot of advice, for example, it can communicate with us with the help of the symbols and give us hints.

You just have to know how to interpret these symbols and clues.

This is what they should do if they have a crystal ball and want to ask them questions: 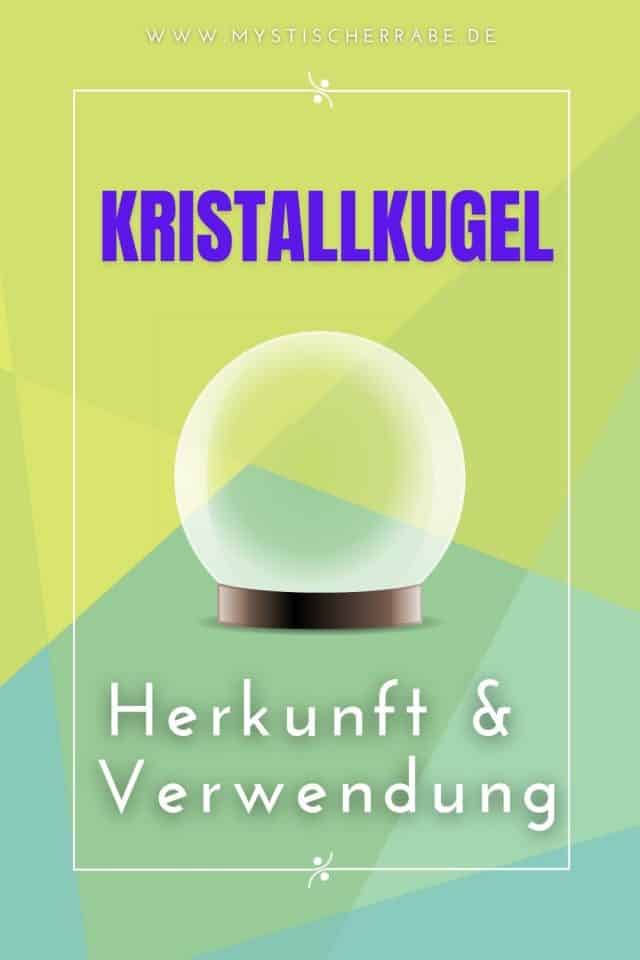