We could not live without fire and the sun, for fire is life itself.

The first sentence can tell us how magical and powerful fire is, that it has the power to keep us alive and also to take our lives.

For me personally, fire means rebirth. The energy that all beings of the world carry within them cannot be destroyed. She will always circle and cling to something new. Only the material can be destroyed.

Through the fire we release the energy and it is reborn as something pure.

Fire is one of the basic elements of the universe, along with water, air and earth.

With each of these elements one can perform magical rituals or magical practices.

Fire is associated with masculine energy that purifies and with strong will.

As anyone who has ever sat around a campfire in the dark of night knows, fire can be a friendly, soothing thing, a source of warmth and light. But fire can also be dangerous and deadly, it races and jumps like a living creature and consumes everything that comes in its way.

In mythology, fire appears both as a creative, purifying force and as a destructive force, but the positive aspects of fire predominate. 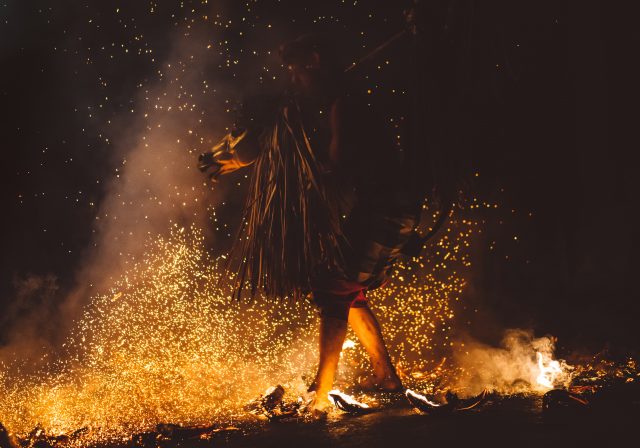 Many cultures practice rituals related to fire. They are often based on myths and legends about fire or fire gods.

In Roman Antiquity stood a sacred flame with the goddess Vesta was connected for national well-being. The followers of Vesta, also Vestal nuns , had the sacred task of keeping this flame alive.

Fire is often associated with the deities of chaos. The two most famous of them are the Norse god Loki and the Greek god of metalworking Hephaestus which appears in Roman legend as a volcano that displays a not insignificant amount of deception.

In ancient Mexico The Aztecs believed that the fire god Huehueteotl held the earth and heaven in place and at the end of each cycle of 52 years they all extinguished fires, and the priests of Huehueteotl lit a new flame for people to use.

In Northern Europe fire is especially revered. The pagan fire festivals, such as the lighting of bonfires on 1 May, have survived in the European communities until modern times.

Many cultures have and continue to practice cremation of the dead because fire represents a clean and healing end to earthly life. 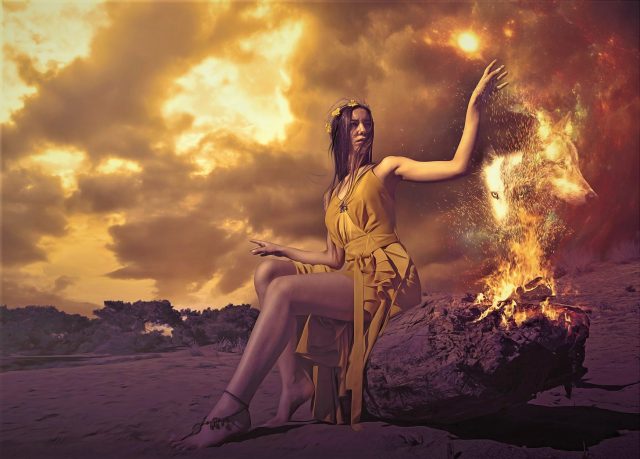 In Hindu mythology, there is a god Agni, who burns things just so that other things can live.

Horses of fire pull his chariot and he wanders with them and burns everything he believes must be burned.

He can make his admirers immortal and free the dead from sin. Not only the offerings are enough for him, but in order to strengthen his strength, he has also burned entire forests.

Chinese mythology contains stories about Hui Lu, a wizard and fire god who kept 100 firebirds in a pumpkin bowl. If he released them, he could start a fire all over the country.

In addition, there was a hierarchy of gods who provided for the fire. Its head was Lo Hsüan, whose coat, hair and beard were red. Flames sprayed from his horse’s nostrils.

He was not invincible. Once, when he attacked a city with fire swords, a princess appeared in the sky and extinguished his flames with her cloak of fog and dew.

Prometheus stole fire from the Greek gods to give it to the people. In this way, he has helped people to develop with the help of fire and to create something new.

A bird of paradise, majestic in size and bright in color, who lives in paradise for 1,000 years and then comes to earth and dies by fire, only to be reborn from the ashes and live another 1,000 years.

They believe that a long time ago an evil being hid the fire so that people could not benefit from it. Therefore, a great hero had to take back the fire and make it available to the people.

In some versions of this story, it is a coyote that steals the fire. He tricked two monsters that guarded the flames on Mount Fire. He then set fire to a bundle of sticks tied to his tail and ran down the mountain to bring the fire to his people.

It is said that grandmother spider stole the fire from the sun, hid it in a clay pot and gave it to humans so they could see in the dark.

They tell that a jaguar rescued a boy and took him to his cave.

There, the boy saw the jaguar preparing food over a fire. He stole a hot coal from the fire and brought it to his tribe, who then learned to cook.

According to African legends, animals give fire to humans.

On the Caroline Islands in the Pacific, the fire is associated with Olofate associated, a mythical swindler hero who was the son of the sky god and a mortal woman.

As a young man, Olofate into heaven to see his Father. Olofate later gave fire to humans by allowing a bird to fly to earth with fire in its beak.

Peoples and the Magic of Fire 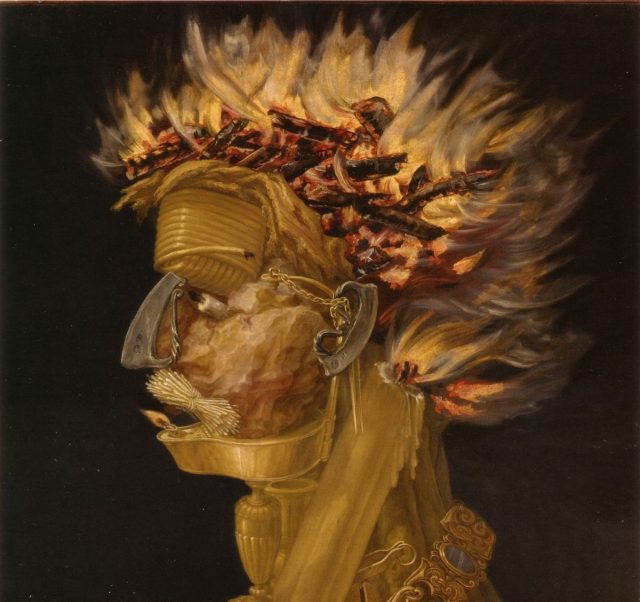 In the world, there is a lot of faith or superstition (how to take it) associated with fire.

In England The shape of ash jumping out of the fireplace often heralded an important event – a birth, a death or the arrival of an important visitor.

On the Pacific Islands stoves were guarded by small statues of old women. The old woman, called the stove mother, protected the fire and prevented it from burning out.

In some Sharing Europe It is believed that the devil lurks near the fire if it does not burn properly.

Japanese Children are told that they will pee in bed all their lives if they play with fire.

In a German folk tale it is said that a woman should never let fire out of the house in the first six weeks after delivery; and another fairy tale says that a maid who wants to light a fire with the help of tinder should use strips of men’s shirts as tinder, because fabric from women’s clothing never catches fire. 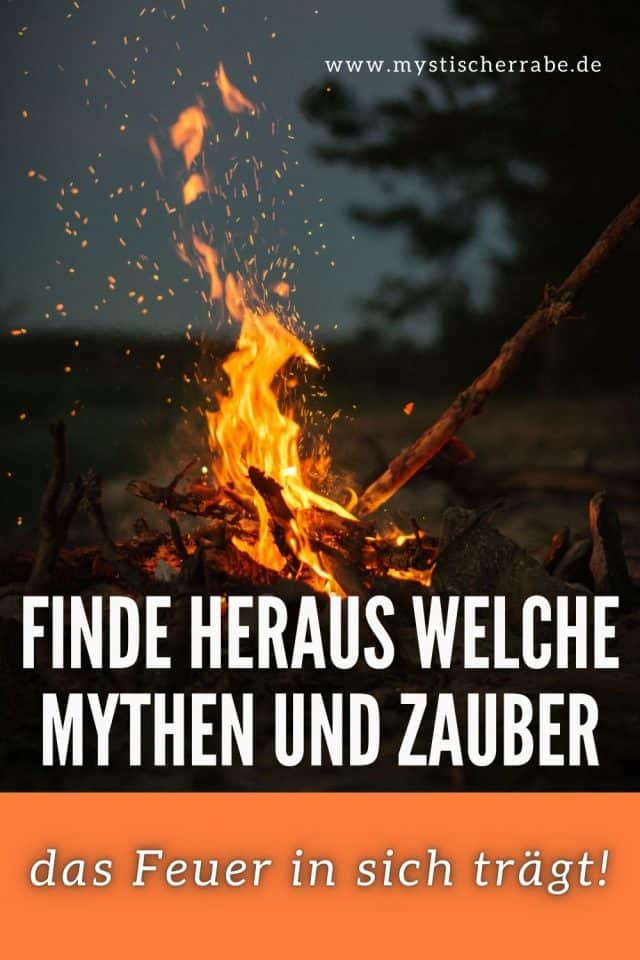