Sport is first and foremost an individual activity. Some of us will put it in the category of entertainment or hobbies, and for some, sports is a job, either in terms of sports workers or professional athletes.

It is perhaps easiest to agree that sport is actually a way or perhaps the rhythm of life, a constant need to improve both physical and mental abilities.

Which zodiac signs can we call sporty? The probability that you will actively engage in sports depends on your birth chart.

In astrology, there are determinants that give clear indications of how and in what way to approach sports and which sport suits you best.

There are many details, each birth chart is different, but in general, some basic determinants can be set for each zodiac sign.

If you are unsure which sport suits you, pay attention to what astrology says about it.

This zodiac sign can be described as sporty. People born in this sign are fearless, courageous, impulsive, competitive and always ready for unusual experiences.

These characteristics will be most pronounced in MMA, boxing and wrestling

They feel most comfortable in these sports because their natural ruler, the planet Mars, comes into its own. When they exercise, they achieve great results over time.

The most unfavorable sports they should be doing are sports that don’t have much going on or that are too focused on the team.

They should stay away from sports such as golf, yoga, swimming or volleyball because they only make them fall asleep. For them, sport is synonymous with excitement, which these sports certainly are not for you.

Those born under the sign of Taurus have a strong will, are energetic and dynamic, but when they stop all activities, they become passive and lazy.

Due to their strong will and endurance, sports in which time is the decisive factor are suitable for them, such as running over short distances or sports such as swimming, wrestling, weightlifting, gymnastics and athletics.

Stubbornness and perseverance, the will to repeat something countless times until they are satisfied, lead them to top results.

These people have a natural sense of rhythm, so they are great at dancing where their sense of beauty and harmony comes to the fore.

Worst of all for them are the sports that take up all their time. They like the balance between work and leisure, and when you have to eat, sleep and breathe sports, they just aren’t excited about it.

Then they prefer to lie down on the couch and watch the sport instead of exercising.

The influence of the duality of this sign is also reflected in sports, because they, like everything in life, would do two things at the same time.

They show nervousness and instability, they would constantly start something from scratch, not because of duality, but because of great intelligence and intuition.

The twins are always discovering new and better things, which is why they don’t like sports where endurance is required.

The best sports for them are those where they can socialize, such as volleyball or rowing, and where they can play their adaptability and speed, such as tennis in singles.

This is how their natural intelligence and charm come into their own.

The worst sports for them are those where they can’t work with teammates or make friends with their competitors.

They want to have fun, but they also don’t want to be isolated from everyone else.

In sports such as cross-country running or swimming (when they are not on a team), they have the feeling of being completely alone, which suits their open-minded nature.

A sentimental idealist who finds his happiness in home and family, a quiet, silent cancer is not a pronounced sports type.

The cancer is not attracted by challenges or strugglesen, he does not have a strong competitive spirit, although many talented people for the sport were born in this sign.

When they choose sports, we usually find them in team sports with the ball. So the best sport for them would be water polo.

So the best sport for them would be water polo. However, this is a watermark.

However, he should stay away from all sports where he feels overwhelmed or overloaded.

He invests a lot of strength and energy to be the center of attention. Any sport where he can show his body or get money and applause is ideal for him.

We can best think of him as a gladiator admired by the entire battle arena.

However, he is most successful in the team sports of football, basketball and volleyball. In addition, lions can be very successful in athletics.

When he is the captain of the team, his joy has no end, because he likes to be at the center and above others, and does not like it when you order him around.

The worst sports for him are those where there is not much audience and applause. He is someone who absolutely needs the confirmation of other people.

Virgos have a pronounced intelligence and self-discipline, a pronounced sense of reality and a power of observation that notices every little thing, flaws and mistakes.

You will not see them in muddy sports or sports with a risk of injury. Cleaning equipment and reading the intention of the opponent is their motto. They are not competitive.

Football, basketball and even baseball are far too competitive for them. You’d rather beat your own personal best than someone else’s.

That’s why Libra doesn’t like sports that require aggression, strength, and struggle.

With a sense and desire for beauty and grace, she is good at dancing, figure skating and rhythmic gymnastics. She is excellent in all team sports, sometimes she also trains karate, and she is a graceful rider.

She loves balancing work and sports, but if there’s a sport she really loves, she’s willing to give up that balance so she can really get involved.

However, if she feels too overwhelmed, this sport is probably not for her.

The Scorpio is balanced and enduring in all activities, including sports. Because he is attracted by danger, cold-bloodedness and daring, he is an uncompromising fighter.

He has a strong psychological strength, enthusiasm, is aware of himself and his potentials and persistent in achieving his goal.

He is successful in all weapon sports. Plus, he’s good at karate and judo, and kayaking or canoeing on fast waters is a real treat for them.

Worst of all for them are sports where they have to stay in one place instead of moving. If your heartbeat doesn’t rise because you’re sweating and your adrenaline levels are high, you’re out.

Sagittarius is a fair play player who loves nature and freedom. He is moral and ethical, curious, tolerant and willing to cooperate.

Sagittarius is an opponent of violence, he despises inaction and haste. These are his qualities given to him by his ruler, the planet Jupiter.

He is good at athletics and a reliable Relly rider. In football he is usually a striker, also in archery he achieves good results.

Any sport they find typical or popular is one that doesn’t really interest them.

They don’t really want to be part of a sport that makes it harder for them to get recognition or have fun. They want to think outside the box, get out of their comfort zone and prove thatss they are not like everyone else.

These are people with extremely strong will, perseverance, penetration and firm inner discipline.

They are the ones who run away from nothing, so all sports that require patience, hard work and training, but not speed, suit them.

Where the goal is harder to reach is Capricorn. Their sports are: mountaineering, hiking, they are good marathon runners and most boxers are born in this sign.

There is no sport they would explicitly avoid, but there are sports that they would rather use as a cooldown.

Sports such as yoga, Pilates and recreational sports are more suitable if the main goal is to relax and unwind. but if you want to get your heart going, you’re more likely to stick to more physically demanding sports.

But when they want to get their heart going, they tend to stick to more physically demanding sports.

Because they are intelligent, intuitive and rebellious, they are most attracted to sports that carry risks, and when they achieve what they want, they are able to invent new sports and challenges themselves.

This Uranus-influenced air sign loves any challenge in the air. Sport flying, skydiving, high pool jumping are their ideal sports.

They don’t like sports where they have to work in a team because they feel like they can’t get the most out of their training that way.

They don’t mind exercising with a friend, but if they’re part of a large group, they feel like they’re more likely to get lost in the crowd.

Also, they like to do their own thing, and in a team they can’t really be selfish, which disappoints them a lot.

They have a great intuition, are mysterious and mystical, sensitive, gentle and sincere. Enduring fish can achieve very good results in sports.

It is very important that they love and want this sport, because they do not like it when something is forced on them that does not suit them.

All water sports are ideal for them. They are good water polo players, ice hockey players as well as sport fishermen.

Team sports and sports that follow strict rules make them feel like they’re just working and not having fun.

And when they have found the ideal sport for themselves, they are ready not only to have fun, but also to take responsibility and train hard. 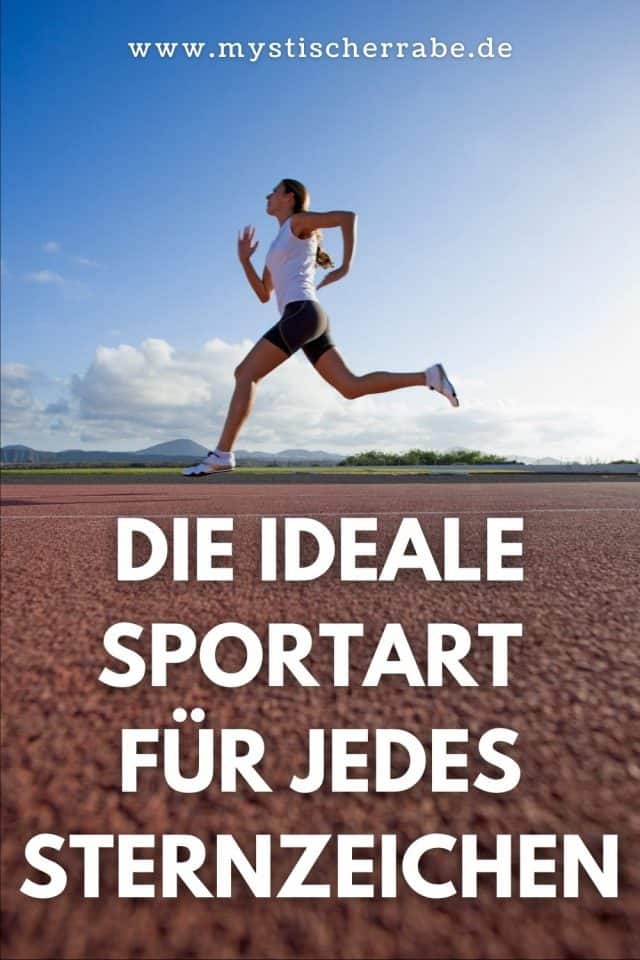