When it comes to being an independent woman, many may initially misunderstand this term;

Because independence means first of all more than being competent or successful.

Because you earn true independence on your own, and this becomes even more difficult when you happen to be a woman.

Many women like to call themselves independent, but let a man satisfy their basic needs.

Who is either more successful or competent than them, and without whom they could not even pronounce the word independence.

Since the reality of these women is created by their husband and his ability to provide for them and the family.

While this man treats her almost like a child who needs to be cared for and for which he is responsible.

However, this is one of the most destructive situations a woman can find herself in, because this is where she loses herself.

So it is more than wrong for a woman to claim that she is independent when in reality she is heavily dependent on her husband or family;

To whom she can turn at any time if she has a problem or a wish or is in financial difficulties.

While a woman who is truly independent has no one to turn to as she roams this harsh world like a lone wolf without a pack of wolves.

She earns her own living and spends her own money, because everything she carries and owns, she has bought herself.

At times she even worked in several jobs, continued her education, while she came home tired after a day of work and thus painted her dreams with the bright colors of her efforts;

Which did not give her security, but true freedom and independence, without being the property and slave of a man.

1. An independent woman can only rely on herself

Being an independent woman is not easy and certainly not for every woman;

Because this requires a lot of discipline, effort, effort and, above all, courage;

Not to be dependent on anyone and not to expect anything from anyone but yourself.

After all, these women don’t have a prince in shining armor to protect them from danger or turn their lives into a fairy tale;

But only their sword and bravery to survive every difficult and hopeless situation.

Because independent women are princesses who are not saved, that’s why they have to fight.

2. An independent woman pays herself for all her needs

When you think about it, being an adult means being independent, but there are certainly women who can’t call themselves that;

Because most of their living costs are covered by a man.

While they offer the man nothing more than emotional security and demands;

That her husband should take care of them and has the duty to do so as long as they remain loyal to him.

This is certainly a very strange reality, because it would mean that the woman’s ability to survive depends on her husband.

Without whom she is basically nothing, unlike the independent woman.

3. An independent woman does not have a man who “spoils” her.

When it comes to being an independent woman, there is no such thing as pampering by a man;

Because most of the time, dependent women get their basic needs and even more than that fulfilled by a man.

Thus, addicted women sometimes even have the luxury of just staying at home and cooking while not having to worry about the future.

Without any kind of stable career or ambitions to provide for the family together with the man.

While at the same time receiving all kinds of confirmation in the form of gifts for their value.

On the other hand, the independent woman fights on her own, always having to rely on her own competences and abilities;

And this without receiving any gifts or rewards for their efforts.

4. An independent woman helps others, but no one helps her

The independent woman is considered strong and admiredit is often forgotten that she also sometimes needs help.

Even if she may not ask for this help directly or if it seems that she does not need one.

However, this is far from the truth, and often it is precisely the independent women who could always use a helping hand;

Because everything they do in their lives, they have to do themselves, which becomes very exhausting over time.

Sometimes it would be nice to know that they can rely on someone to take care of them.

But this rarely happens, and it happens more often that these already overwhelmed women also have to be there for others who are less independent.

5. An independent woman has to work everything out the hard way

If you watch the independent woman, you might think that she has always been so brave and wonderful.

The truth, however, is that she cried out for help for a very long time until she realized that no one would save her;

No one will give her anything unless she works very hard for it.

At that moment, she also realized that she would change completely and be the heroine of her own story.

She is always aware that no one really owes her anything and that she cannot rely on anyone;

Only of themselves and their ability to survive on their own.

6. An independent woman is braver than you think

No one judges a woman who is less independent, but we believe that the independent woman is often forgotten.

That is why we must always bear in mind that single mothers, single women and, above all, our single elderly women are braver than you think;

Because they not only fight alone, but also wake up without someone on whom they are emotionally dependent, let alone financially.

There is no one to fight by her side and no one to hold her in his arms when things get difficult.

So respect and admire these women whenever you can, because they deserve the world.

After all, they have fought for everything in life for so long that they are now denied it. 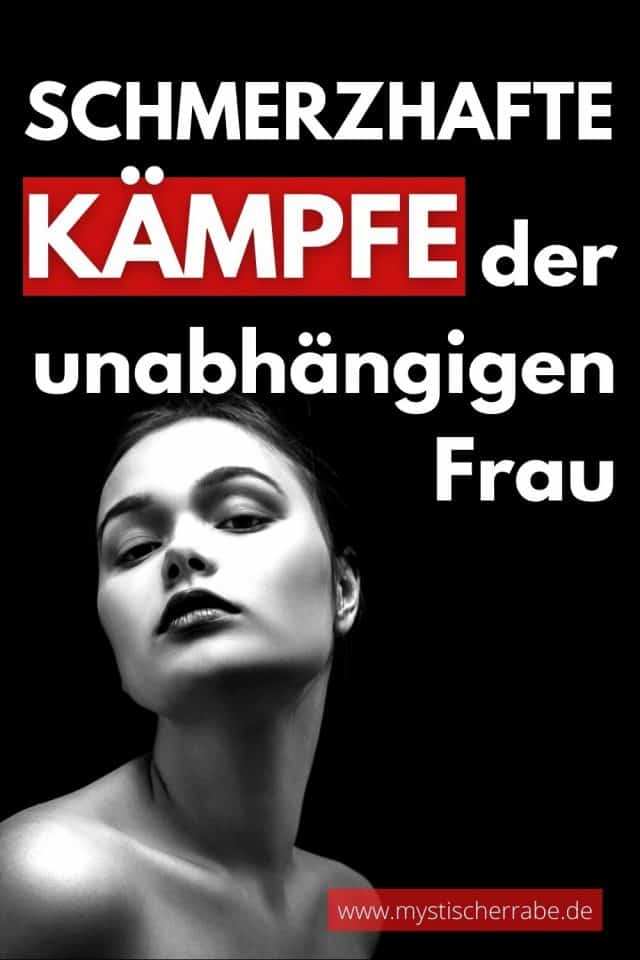