However, the sinister mask of the female narcissist is quite different from that of the male one;

That’s because women are more likely to be empathetic, which means they’re less susceptible to this type of disorder.

But because men and women can be equally affected by narcissism, it is not the case that they are spared.

Still, they will express it in a slightly different way because the female energy has a different approach when it comes to shaping this disorder.

Essentially, however, narcissistic personality disorder is a disorder characterized by a grandiose self-image and the inability to empathize with others.

This means that the narcissistic person is completely focused on himself and is unable to build a relationship with others;

Because their main motive is only their own well-being, without remorse and concern for others.

Which are merely followers and helpers so that they get the things they want.

However, when we talk about narcissistic personality disorder, there is one thing that others should know about it as well.

People affected by this disorder are not callous and selfish because they want to, but because they are unable to feel empathy.

However, due to their high intelligence, they assume that empathy is what others want, so they pretend to have it.

So they know exactly what to say and do to get a reaction and favor from others.

What is also the end goal of a narcissist is to maintain a grandiose self-confidence that he builds on the pain, insecurity and suffering of others;

Or to use them to get certain benefits and sexual satisfaction.

But while narcissism focuses mainly on men, we now want to talk about the female narcissist, who is often very beautiful, captivating, but always selfish.

1. The female narcissist loves to play the victim

While the female narcissist is aware of his actions and every word he says, he makes them appear as if they are the result of his “fragility.”

So it is mostly the case with them that they play the victim, even if they are the ones who cause all the chaos.

This right to feel as if everyone else has wronged them is also a result of their grandiose self-confidence, which they will protect.

No matter how many times you accuse them of something, they continue to play the victim and say that you are in the wrong;

Because in their world they are always right, and even if they are not, their actions are always justified.

They are also so competent in the victim role that they sometimes even make you doubt your own sanity.

2. The female narcissist is extremely competitive

Female narcissists indeed have a grandiose self-image, which usually manifests itself in vanity, jealousy and bitterness.

They never want others to be more successful than them, and they can’t stand it when other women look better than them.

Because the thought that another woman is superior to them unsettles them in their imagination, which they have created for themselves.

That’s why they always strive to maintain their position as an alpha woman, with whom no one can compare.

Even if this is not true, their artificial self-confidence will persuade them otherwise.

While behind this self-confidence, however, hides pure insecurity and disappointment about one’s own life.

3. The female narcissist is superficial

What feeds a superficial ego better than a sense of power and financial dominance?

So it’s no wonder that these women in relationships are mostly attracted to money and superficial things.

In addition, they also make sure that their partner looks good while using all their knowledge to make them feel less valuable;

Because their main weapon is to undermine the trust of the other so that they control him can.

Even if they seem to be quite decent and good-natured.

The female narcissist will take away every bit of their soul and make them feel worthless.

4. The female narcissist is sadistic

The female narcissist loves to inflict pain on others, especially those he hates or is jealous of.

The most unusual thing about them, however, is that they actually pretend to be empathetic to others so that they open up.

So while listening to the problems, suffering, and insecurities of others, they feel happiness.

Just the idea that someone they hate is going through something difficult and terrible is like dopamine to their broken minds.

So if you ever deal with a narcissistic woman, you should never trust her feigned compassion.

Their problems are completely unimportant to them, although they actually make them happy.

5. The female narcissist is a toxic partner

A very interesting thing about the female narcissist is that they are often considered desirable women.

However, this is only due to their ability to make others believe that they are, while they are mostly ugly internally and externally.

Still, they find insecure and kind-hearted men who initially manipulate them into believing they love them until they have enough power to turn things around.

So, having conquered the soul of the man, they will constantly make demands, both emotionally and financially;

Until they have completely drained them emotionally and make them the center of their lives because they don’t have their own.

So, female narcissists are abusive, but very dependent on their usually better-off partners while indulging in a lazy and toxic lifestyle.

6. The female narcissist has an empty life

After all, the female narcissist has a terrible influence on others with his manipulations, but ultimately his life is not so great.

Especially because these women are usually very dependent on their partners, needy and demanding when it comes to the things they want.

They never really care about others, but only about themselves because they have no empathy.

So the only thing that interests them is their ego, that they get what they want and that they make others unhappy in the process;

Which feed on the negativity of others, which they preferably cause themselves. 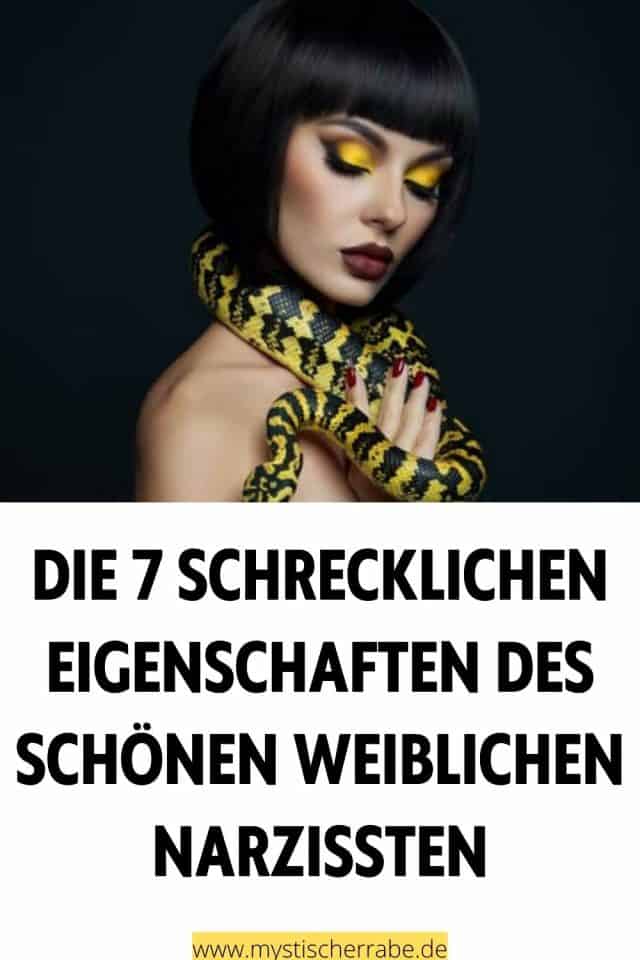