St. John’s wort is often referred to as a plant that represents a link between magic and myth with medicine;

Or a link between alternative and conventional medicine.

St. John’s wort has travelled a very interesting path from its use in antiquity to its current status as a miracle plant.

Greek and Roman scholars preached about the miraculous power of St. John’s wort in the treatment of various wounds and inflammations.

While Plenius also highlighted its effectiveness in treating snake bites.

The healing effect of St. John’s wort has been known since ancient times.

The Swiss doctor and alchemist Paracelsus was a great proponent of treatment with this plant and recommended it for cleaning wounds and blood of all kinds.

The belief in the healing effects of this plant is evidenced by an ancient custom in Austria;

In which the St. John’s wort was placed between two pieces of bread and fed to the cattle to protect them from diseases.

Today, unfortunately, this custom has only been preserved in a few religious peasant families.

Nevertheless, St. John’s wort is still considered a wound-healing plant today because it has a calming, analgesic, antispasmodic and firming effect.

Where can St. John’s wort be found and collected?

St. John’s wort grows in nature, on the edges of forests, in clearings, in bushes and on meadows.

It has a woody stem and grows up to 100 centimeters tall.

The flower is bright yellow, and there are two ways to determine if it is really St. John’s wort.

If you lift the leaf of the plant against the light, it looks as if it is completely perforated, i.e. there are a number of tiny holes on it.

These dots are glands filled with essential oil, and it seems like the whole leaf is perforated.

Another way to check if it is St. John’s wort is to firmly crush and rub the flower between your fingers.

An intense red juice must escape, which remains on the fingertips.

St. John’s wort blooms throughout the summer, usually in July. The period of seed maturity is also after flowering, from August to September.

How to make St. John’s wort oil at home?

In a glass bottle with a wide neck, add one part fresh flowers and leaves of St. John’s wort and three parts olive oil.

Close the bottle well and place it in the sun for 7 weeks.

During this time, the bottle should be shaken well every day.

After 7 weeks, the oil is filtered through several wipes.

If stored in a dark bottle and in a dark place, this oil can be stored for up to two years without spoiling.

However, pale people should be careful when using St. John’s wort oil because of the sensitivity to light;

Because under the influence of sunlight, they develop inflammatory processes on the skin that resemble sunburn.

Since ancient times, St. John’s wort has been used to cure most ailments, but also to purify the mind.

Doctors claim that it best eliminates depression, and magicians that it protects against negative vibrations.

In magical rituals, St. John’s wort is an integral part of the ritual. Together with the incense, you put it in the incense jar and light it.

The smoke sanctifies the space where man meditates to open his mind to knowledge from the world of creations and ideas, or casts spells that control the energy

However, St. John’s wort is often used for spiritual protection.

It is recommended to have the plant with you on St. John’s Night, because it is believed that St. John’s wort drives away all magic.

One of the medieval authors wrote about St. John’s wort: “The devils have such an aversion to this herb that they immediately flee from the place where it is burned.”

This is explained by the fact that St. John’s wort, like a sunflower, drives away the dark forces of the night.

In addition, and usually in spring or summer, when small dead and dried frogs can be found in damp places;

Mages of both Western and Eastern civilizations took the remains of poor animals;

Which were believed to bring wealth and power, and mixed with dried St. John’s wort.

The mixture was then placed in a metal vessel and lit, and the remaining ash was placed in a medallion, ring or bag of finely woven fabric.

This amulet is believed to protect the person wearing it forever.

St. John’s wort oil is a product of St. John’s wort flowers and olive oil and is one of the few folk remedies that have antibacterial, antiviral and antifungal effects.

Its use and help with conditions such as depression and anxiety is important, because St. John’s wort is a natural antidepressant.

However, it should be borne in mind that St. John’s wort can weaken or even cancel out the effect of antidepressants and sedatives prescribed for the treatment of such diseases;

Therefore, early consultation with a doctor is necessary, since this herb is still part of alternative medicine.

In addition to this type of application, St. John’s wort oil is ideal for external use for facial and hair care, but also for the treatment of burns, as it accelerates the healing of the skin.

The oil contains hypericin, various tannins and flavonoids, which have an anti-inflammatory effect and thus contribute to the formation of epithelia on the skin and are used to treat scars, acne and stretch marks.

St. John’s wort is undisputed in the treatment of difficult-to-heal wounds.

Some doctors recommend the use of this oil to patients who have undergone surgery for breast cancer because it helps heal wounds that have arisen after surgery.

St. John’s wort oil is also great for treating wounds caused by long periods of lying and lying down, such as .B pressure sores.

In such cases, St. John’s wort oil should be applied to the dressing and changed several times a day.

This oil has been shown to be effective in treating and curing muscle and nerve inflammation, rheumatism, sciatica and gout.

It stimulates circulation and is used for relaxation or sports massages.

However, it is important to note that the skin treated with this oil should never be exposed to direct sunlight, as there is a risk of blemishes and burns. 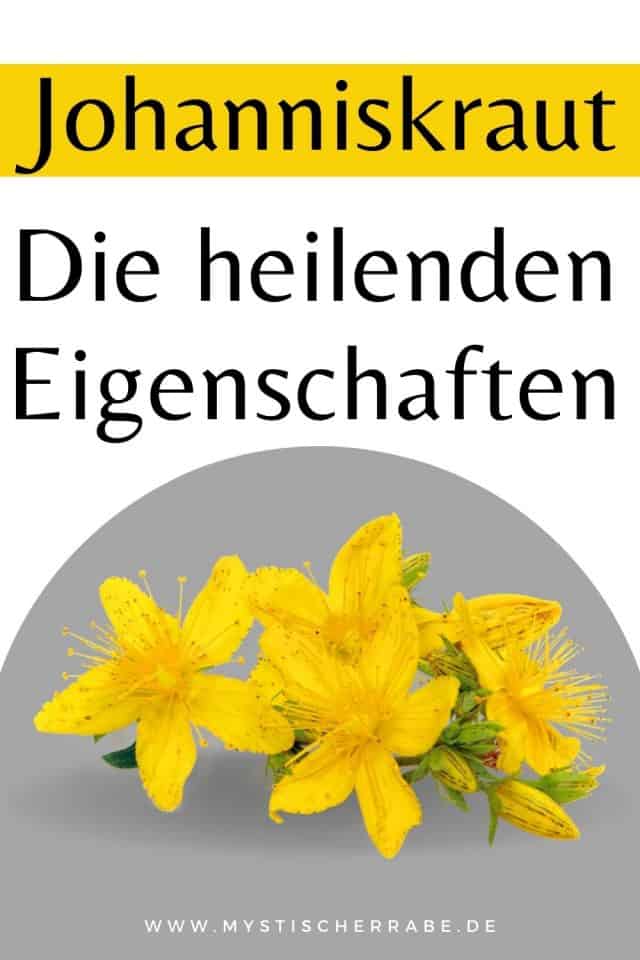