A modern witch does not hide and is not afraid to talk about her experiences in the esoteric world.

She has an active social life, has fun, goes dancing, talks about sexuality and feminism.

She lives with her cat, but not in remote villages, but in big cities.

She is proud to call herself a witch and conquers new markets in fashion.

Being a witch also requires some things: being one with nature, seeing things with an open mind, and healing others.

They are seers of truths and givers of wisdom, and breadwinners of the earth and those who inhabit it.

They are fun-loving people who want to make the world a better place.

Who are the modern witches?

Modern witches are in their twenties and thirties. They believe in tarot, draw their cards and know their birth chart.

They buy books to set up their own altars – with candles and various elements – in their rooms, and pay attention to the change of the moon.

They also believe in the connection of the planets with energy and the cycles of the esoteric universe with menstruation.

On social media, they follow the profiles of bloggers and Tarot readers who have thousands of followers and report daily on how planetary changes affect their moods.

At home, they have their own decks and like to experiment with the power of candles.

You don’t have to be tarot readers or experts on the history of witchcraft.

It is women who find in the history of witches a new way to position themselves in a world of change.

They try to redefine the rules and roles and connect with age-old practices that have been redefined.

The profile of the modern witch 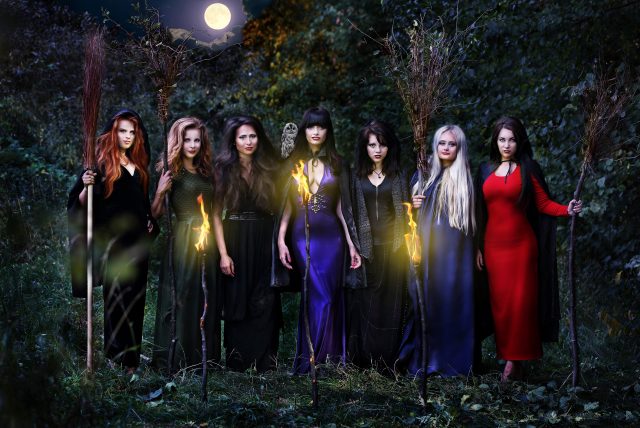 Their image is distinctly different from the one that has stuck in the collective memory, and it is easy to explain this with an example.

In most movies like Hocus Pocus, a hit with Sarah Jessica Parker, witches are portrayed as women with dark energy, evil intentions and a certain hatred of society.

Most of them can even be seen in horror movies.

But the image of the modern witch is different.

And in the new series and movies, such as .B. Charmed the change is noticeable.

The modern witch is anti-patriarchal and anti-racist.

She has enemies, yes, but she shows sisterhood.

She also has her own style of dress and friends.

It is shown that modern witches do not wear long robes, put on pointed hats or fly on a broomstick, as was the case in ancient times.

They also don’t identify with the image that the Disney classics convey, or with the costumes worn on Halloween.

They are women walking through the streets wearing T-shirts that say “Modern Witch” and shopping in the trendiest shops.

Because no designer could escape the magic of the witches, who today opt for lace and transparencies and express their preference for black. 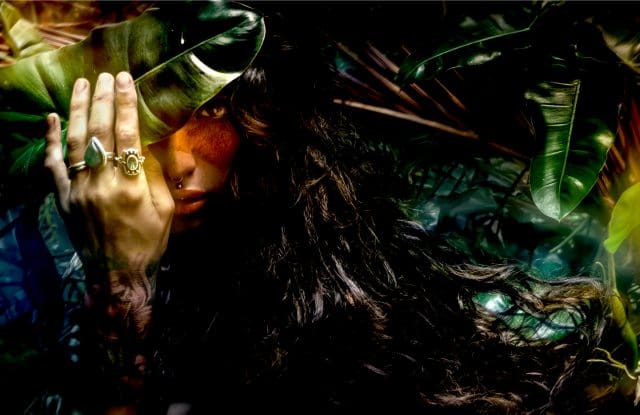 Stigma and witch hunts work best in times of insecurity or social disorientation.

In other words, when there is fear.

Giving fear a name and form comforts those who perceive an atmosphere of threat that remains unclear.

A supposedly well-differentiated collective enemy helps to dispel these concerns.

The world will somehow become a safe place again if we can clearly distinguish between “the good guys” and “the bad guys.”

It is a strategy that many powerful and less powerful people know and use to their advantage.

Domestic “witches” act in a similar way, but in a more private setting.

Nowadays, a person who interferes in other people’s lives and spends much of their time gossiping, gossiping, and slandering others is often referred to as a “witch.”

When we gnaw at the good name of others, it gives us a place of apparent superiority.

And it helps toTo expel and dispel suspicions when, for one reason or another, the other’s life denounces our shortcomings and limitations.

In modern times, witches are not seen and judged as they were then.

Maybe they are seen as alternative people, but you don’t talk as much behind their backs as you used to.

It is fashionable to be a witch, carry crystals with you and collect the herbs.

It is very good that the time has come when no one has to hide to be what you want.

Social Media and the Modern Witch 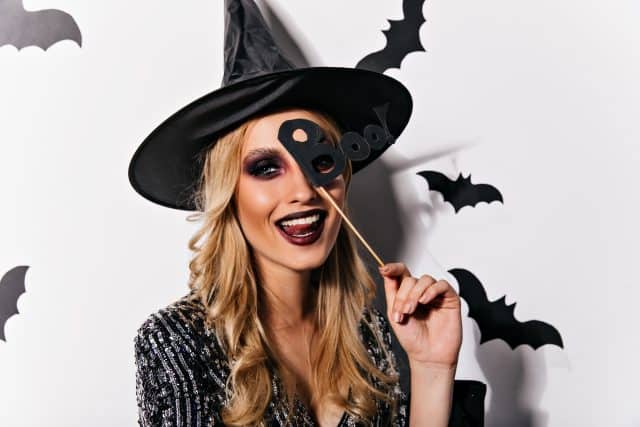 This influx of witches using social media and technology has brought more attention to the witch community.

Modern online communication methods have also allowed modern witches to connect with each other and find solace in a burgeoning community.

It’s not surprising that young witches use the latest platforms.

Where witches may have relied on proximity or paper in the past, they now have the opportunity to network on a larger scale.

For witches practicing in groups, the opportunity to socialize and exchange ideas with like-minded people is very important for their craft.

The possibility of networking virtually makes the whole practice much more flexible.

For witches who practice in groups, the opportunity to socialize and exchange ideas with like-minded people is very important for their craft.”

On TikTok, witches can create 15- to 60-second videos that combine entertainment and education in one digestible snippet.

As a result, some of the best WitchTok creators now have platforms with over 500 thousand people.

Platforms like TikTok and YouTube have helped witchcraft by providing new witches with opportunities to learn the basics and connect coven witches.

Under the hashtag #witchtok newcomers to the witch world find mentors, resources and ultimately human contacts.

It has brought people from all over the world together and created a completely new form of the witch circle.

While technology and witchcraft may seem diametrically opposed, they help create safe spaces for people around the world – people who may not have a personal support system.

There are many witch influencers and they usually make a living from tarot readings and web masterclasses.

Crystals and Tarot are a huge business, the hashtag #witchesofinstagram has more than 1.9 million posts and there are even quite a few “Witchfluencers” of Generation Z like 21-year-old Harmony Nice from Norwich, which has a YouTube fan base of almost half a million people and a book contract.

Those who keep the old, ancient force alive are more authentic in their marketing.

They tend to avoid sponsored posts and only press the “Post” button when the cosmos allows it.

Of course, they pick up on trends and use social strategies to achieve optimal engagement – but practice comes first.

How does the modern witch practice her witchcraft? Interest in modern witchcraft is growing, thanks in part to those of us who are looking for new ways to take care of our mental health in turbulent times.

More and more YouTubers, writers and influencers are reporting on their spiritual healing on social media and more and more of us are finding solace in the supernatural.

The modern witch’s unstoppable rise and why her obsession with crystals and tarot reading is the ultimate act of feminism.

Being a modern witch means believing in the magic of the universe and using it as a healer and guide.

The modern witch uses her intuition, spirituality and attachment to the earth to lead from a place of love, guiding others and helping them without personal gain.

This can take many different forms, and each witch has its own unique methods and beliefs – some practice occultism (the study of the “hidden secrets” of the universe); some are “sea witches” (those who in their practice mainly use the element of water use); others may be Wiccans (a religion that emerged from pagan witchcraft).

One of my most important practices of modern witchcraft is sound healing.

As you sing, you play with a stick on crystal singing bowls, which creates vibrations that emit healing energy – it swings through the bowls, through the person doing it and to the listeners.

Some modern witches post sound healing videos on Instagram and receive messages from people from all over the world.

Crystal therapy is another important part of modern witchcraft.

Some practice crystal healing by lying down and placing certain crystals on different parts of the body – pain points, acupressure points (or “meridians”) or along various energy vortices called “chakras”.

The Generation Z and witchcraft 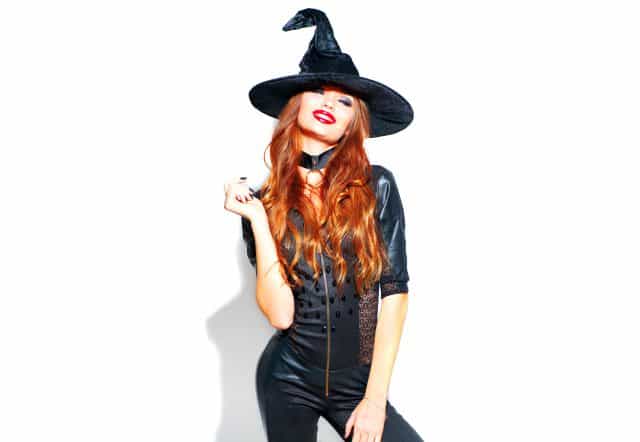 Now a whole new generation of girls in their pajamas are practicing witchcraft.

Interest in the occult can be a rite of initiation for young women, especially during the turbulent period of puberty, when gender segregation begins.

Historically, it’s easy to see why.

Witchcraft has always been synonymous with women’s independence; the accusation of the “witch” was mostly made against women who lived outside of society, without a husband or male guardian.

I bet that during the witch trials in Salem, few of the accused women were actually witches, but rather women with uncontrolled autonomy in a patriarchal society.

Today we would call them feminists.

The modern witches and the connection with spirits and nature 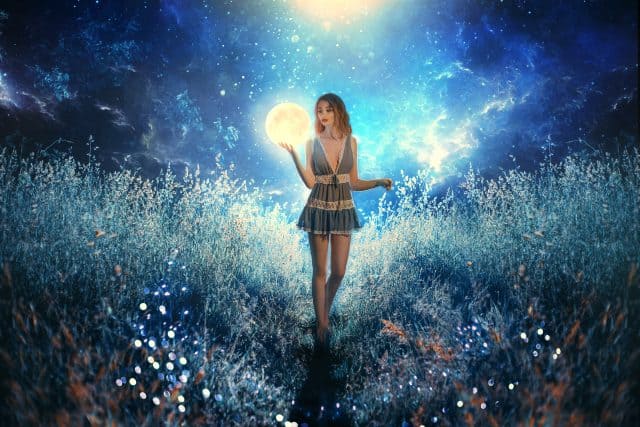 Purification of the body, mind and heart

Witches are sensitive to the vibrations of others and the rhythms of the world.

That’s why they find it easier to track down situations and things that others don’t notice because they’re able to connect with the more subtle and subtle energies that are constantly in play.

They are able to tap into intuition, magic, and divination tools, which include astrology, herbalism, tarot, clairvoyance, and supernatural abilities.

Crystals and stones (such as amethyst, obsidian and pyrite), spas (with Epsom salt or Himalayan salt, herbs and flowers), foods and spices, dreams and meditations can help us ground ourselves.

This helps the modern witches to connect with their intentions and manifestations.

Connecting with ancestors and spirits 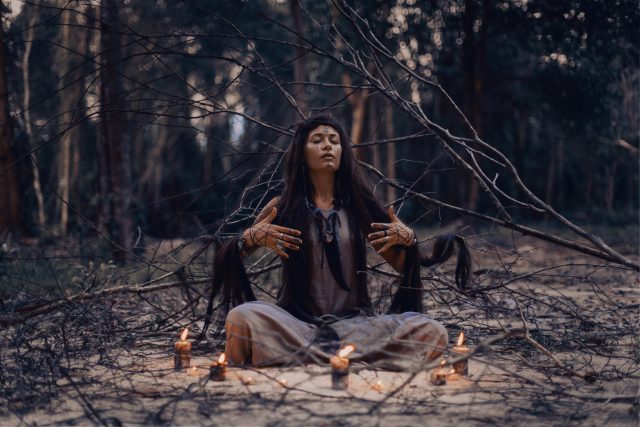 As a modern witch, it is important to connect with your personal ancestors.

These are blood relatives who have died and whose DNA flows through their bodies.

They honor them by celebrating their birthdays and celebrating the anniversary of their passing, and that helps the postmortem energy flow through them and around them.

Not only that, they can also protect them, guide them, and make them aware of things they haven’t seen before.

For them, the ancestors are the entities similar to the guardian angels.

Often they serve as spiritual guides who make sure they go the right way and that no one messes with them. 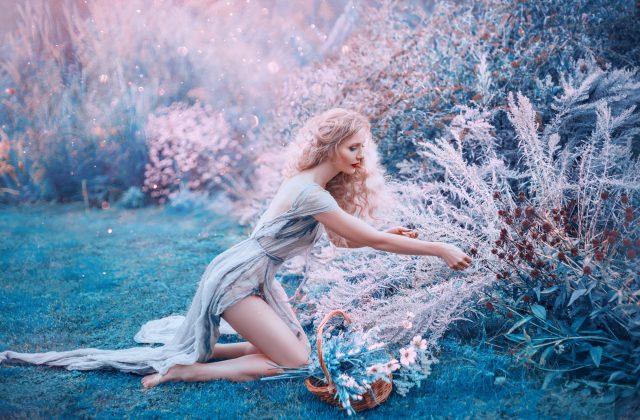 For a modern witch, it is important to harmonize and harmonize with nature.

Dealing with the elements (water, fire, earth and air) that make up planet Earth can help them create and increase their own innate power.

Understanding that the world is not as it seems to be, and that it consists of many dimensions, is equally important wie the ability to let the mind and body feel their way through different realms and to synergize with these frequencies.

This allows the witches to be open to receiving information that remains hidden from the ordinary eye.

Most of all, they glorify Mother Earth and they never take it for granted.

This means that modern witches show love for all living beings.

The sun and moon give them the strength to base them on their spells and alchemy to see through the darkness, with the intention of illuminating truths that were previously kept secret.